This summer, I took a class on “Reading and Writing Food” at Columbia. Over the next few weeks, I will post a sampling of essays composed for that class.

In the life of a cook, a single dish can mean more than simple sustenance, deliciousness, or even family. Matzoh brei, tuna fish casserole, cornichons and pate, mint iced tea or waffle cones or roasted chicken with a fine mourning veil of black truffle stuffed under the skin—these foods define identity, a most private self; the food has been invested with a totemic force; it is the excessive metaphor surpassing the pale shadows of real things. Red chili slicked with beef fat is a me that surpasses myself: a being that, once animated, embodies my essential kernel of experience more than words reliably express.

I learned to make chili under my dad’s tutelage. More properly, we learned to coax articulate flavor from peppers and ground meat together. Without recipe or rigorous experimentation, we searched for the perfect chili—a spoonful of fat and flesh bound into miraculous unison, a soup curdled into immortality. Balancing starchy beans against hunks of beef (or pork or turkey or chicken) and perpetually-summer-fresh canned tomato product is an infinitely amusing challenge. Chili Sundays featured our never-same creations, oyster crackers, shredded cheddar out of a resealable plastic bag, Prairie Farms sour cream, and diced red onion. After I went to college, I developed my own chili style. My palette trends towards hotter colors; my palate favors ashcan smoke that draws chipotle and adobo into post-domestic clarity. I paint in Hopper’s and Bellow’s culinary strokes; I cook in the neo-St. Louis school. Yet, my chili enunciates my personality without predecessor or allusion. I am my chili, which can only itself be described in circumambulatory figures.

Somewhere in St. Louis, a chili pot still simmers on low. Now, however, another pot reduces towards perfection somewhere in a New York dorm. I know I’ll often stop and think about my family’s chili dinners, but in my life, I love my own chili, too. END_OF_DOCUMENT_TOKEN_TO_BE_REPLACED

by Kuang He, Yale University

I have long suffered from an obsession with spicy food. It turns my body into a fusion reactor, yet I still die for it. I heard that people in Szechuan and Hunan eat spicy food to withstand the damp and chilly weather. But for me, spicy food is atop the list even in the middle of the summer. After nine months of ‘I-eat-to-survive’ experience in America, the first thing I seek after I get off the plane is  spicy food—tongue-cracking spicy food.

So here I am, sitting in Shanghai’s most popular Hunan Restaurant, South Memory. END_OF_DOCUMENT_TOKEN_TO_BE_REPLACED

When my Dad requested a buttermilk pie, I was immediately skeptical. Buttermilk, a fermented version of cow milk, is thicker because the acid content (which also gives it a sour taste) denatures, or unravels the milk proteins (mostly casein). I used cultured buttermilk, made with lactic acid bacteria, for more thickness. For a smoother texture, I creamed the butter and mixed in the sugar. 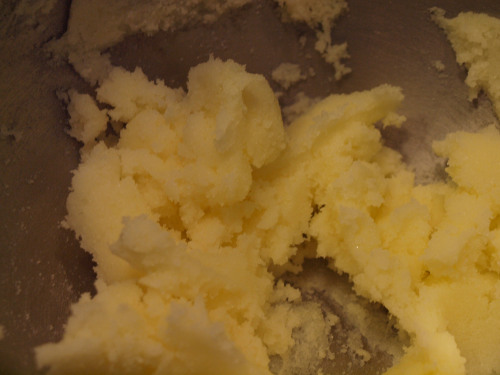 With the addition of egg yolks and flour… END_OF_DOCUMENT_TOKEN_TO_BE_REPLACED

Filed under Food, Pics or it Didn't Happen, pie, Zach B.

Triathloning: Shaking It Up

In my last triathloning column, I talked about the protein fetish.

The protein shake proposition frightens me. I associate protein shakes with Ivan Drago, Gold’s Gym, and overly zealous lifters knocking off a few reps and chugging down a supplement-packed slurry. Consuming more than a day’s worth of protein in liquid form feels unnatural and unbalanced; but if you want to get vascular, and you do, then out with milquetoast beverages and in with bodybuilder’s delight. Milkshakes no more—that is, unless they contain 100 grams of whey protein isolate. END_OF_DOCUMENT_TOKEN_TO_BE_REPLACED

With its signage removed and interior gutted, West Way Cafe looks like it has served its last smoothie. A construction project of unknown end has been undertaken in the space. During my first week at Columbia, I stopped in for a greasy Greek salad and a glass of juice. Caught up in a tour of the Morningside dining scene, I never returned. Yet, I will always associate West Way with an exciting and newly independent period in my life.

Ryan Skeen needs to step up his game.

Opening night at Il Cibreo, and the management has contracted a case of stage fright. Wandering between tables and hovering with paranoiac intensity, they watch diners dig into Skeen’s Italianite menu. For Skeen, however, it’s a different story; curtain’s up and he’s ready to rock, a veteran of restaurant openings at, among others, 5 & Diamond and Fishtag. Known in “the industry” as a mercenary, a culinary gun for hire, Skeen has consulted his way around Manhattan. Standing behind Campo’s—excuse me, Il Cibreo’s—pass, Skeen barely breaks a sweat. Jeremy Wladis, Il Cibreo’s owner, need not worry either: his prime location on Broadway and reputation for vaguely European food will continue drawing Italianophiles off the street.  That peculiar species of hipsterish, Columbia-bred WASP will still stop by for a tipple of house red and a serviceable bowl of linguine. Goofy-eyed young couples will always be found lingering in sidewalk seating, enjoying sewer fumes and other delightful 114th Street scents.

In Morningside Heights, generic and trite mean wildly successful. In fact, most of the neighborhood’s supposedly “better” restaurants—Vareli, Community Food and Juice, and Mel’s Burger Bar—come to a certain trend two years too late: scamacious wine bars, sustainalocaganic, and “gourmet” burgers, respectively. By that logic, Il Cibreo will, in the parlance of Columbia’s money-stuffed summer intern community, “make bank.” Bruschetta? Check. Fancy pizza? Check. “Contorni”—cough, please write “side dishes” if your menu does not consistently employ Italian? Check. (I assume that Cortino is a spelling mistake, not a new, exotic menu category.) “Contemporary Italian” is the natural successor to “contemporary American,” which ended up signifying repetitive menus of seasonal “American” ingredients prepared Euro-style. Of course, “contemporary Italian” just implies a sterile and cartoonish portrait of incredible regional diversity; it means “anything goes, as long as wild mushrooms, Pecorino, burrata, ricotta, and cured meats are in abundance”; it means ignore specificity in favor of generalism, caricature in favor of verism, oversalting and overfatting in favor of subtlety. Unfortunately, Skeen’s “extreme makeover” of Campo merely entailed streamlining a previously amateurish menu, making it more obviously “Italian,” and making it more obviously “downtown.” Il Cibreo is sexier than campy Campo. Wladis is smart to evoke a Soho aesthetic uptown at student-friendly prices. Skeen, however, needs to do more than update the Campo concept: he needs to take the food in a more ambitious and delicious direction. END_OF_DOCUMENT_TOKEN_TO_BE_REPLACED

Summer in the City: Vareniki Versus

In Nikolai Gogol’s The Fair of Sorotchinetz, there is a curious importance placed on pierogi. Khavronia, intent on infidelity, encourages Aphanasi Ivanovitch to join her for a meal. Although Khavronia prepares galoucheliki (macaroni) and toutchenitchki (fried peas), Aphanasi hungers for something sweeter. Clutching a vareniki in one hand, Aphanasi grabs her waist. Before the eating gets underway, the licentious couple hear Khavronia’s husband Tcherevik approaching, and “the vareniki stuck fast in the throat of the popovitch [Aphanasi]—his eyes fairly started from their sockets as if he had suddenly found himself face to face with the dead come back to life.” END_OF_DOCUMENT_TOKEN_TO_BE_REPLACED