Up in Princeton’s Grill

On July 4, 1776, John Witherspoon, President of the College of New Jersey (now Princeton University) became the only college president to sign the Declaration of Independence. Nowadays, the restaurant bearing his name, the Witherspoon Grill, sits on aptly named Witherspoon Street (East of Palmer Square and right next to the Princeton Public Library). Befitting the lofty position of its namesake, the restaurant offers classy and sumptuous, albeit pricey food. The restaurant bills itself as a steakhouse, and indeed steak comprises most of the entrees on the menu, but the Grill also offers a wide range of seafood dishes via its sister business, the Nassau Street Seafood and Produce Company.

Taking advantage of this relationship, I decided to get the baked clams as an appetizer. Lightly salted and breaded, the clams were delectable, and lacked the fishy taste that plagues lesser clam dishes. For a main course I ordered a steak salad, partly because I felt like having something light, and partly because I didn’t feel like paying $30 for the fillet. It turned out to be money well-saved, since the salad was well dressed in vinaigrette and blue cheese crumbles, and topped not in a few chintzy slices of beef, but rather an entire uncut medium steak. After a few bites, it became clear that the restaurant’s reputation as a steakhouse is deliciously deserved. The steak was lean, juicy, and well-seasoned, the focus of a wonderful salad perfect for a temperate fall evening in central Jersey. 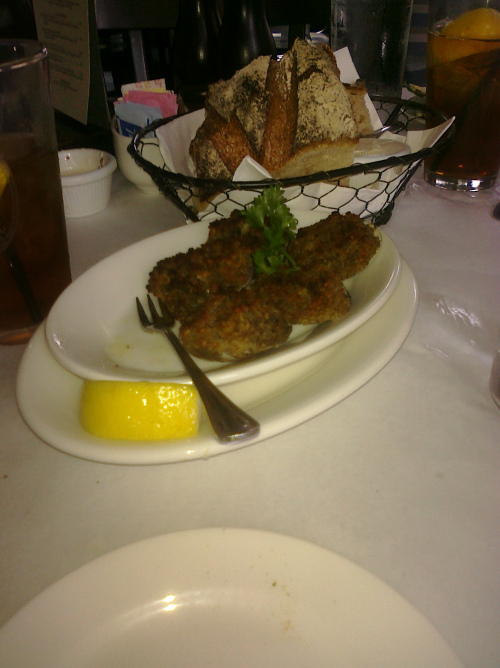 Dessert was Bananas Foster, to which my friends will tell you I have a great partiality. Despite my near universal liking for this dish, I can say without hesitation that this was one of the better Fosters I’ve had.  Cinnamon and sautéed bananas is always a winner in my book, and the cream and cookie on top added something a little extra to an otherwise very straightforward dish. All in all, if you’re willing to splurge a little, the Witherspoon Grill offers excellent meals, attentive service, comfortable atmosphere, and a great dining experience. 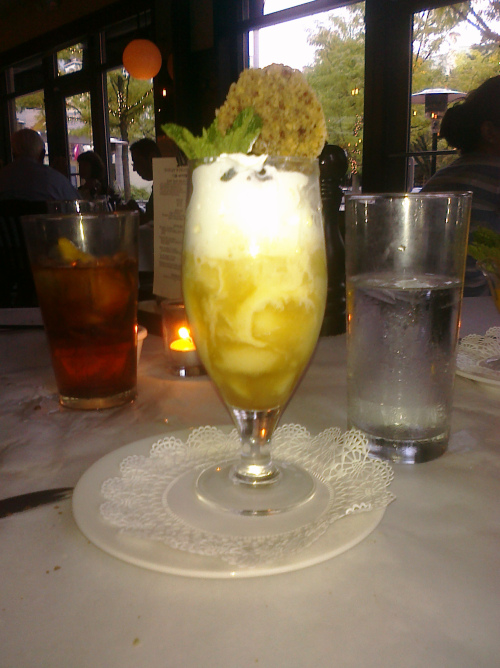 The "Zenith" of Modern Asian Cuisine in PrincetonIn "Marc P."

2 responses to “Up in Princeton’s Grill”