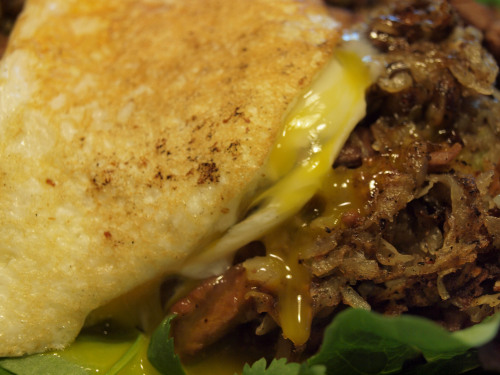 My revised reading takes into account an important and easily missed paradox. The scene assumes a narrative linearity—first you eat breakfast, then there’s the day, the night, and you die. Such a formal, geometric conception of time contradicts the film’s actual narrative, which moves in a fractured, wandering path between a reality of events and the unreality of remembrance. In effect, the narrative destabilizes the logic of story and plot—Thomas Builds-the-Fire’s storytelling disrupts the connection between story (the chronological sequence of events) and plot (the re-ordered presentation of events). Smoke Signals is asynchronous. The film celebrates a non-geometric (or dare I say non-Euclidean) storytelling. Although the narrative operates according to a system of rules—an assumption that information is both plausible and regular—the film continuously questions its own semantics. Why are we, or Victor, to believe Thomas Builds-the-Fire’s story—its content, its narrative context, or its synchronicity?

In fact, we are asked to believe Thomas Builds-the-Fire’s story because he is shamanic, tribal, original, and the film validates the virtue of traditional Indian-ism in opposition to reservation Indian-ism or white-constructed-Indian-ism. But if we trust Thomas Builds-the-Fire as the film’s storyteller, we must simultaneously mistrust his aphorism. Return to the story itself:

Let’s break it down into Barthes’ codes (see S/Z).

Hey Victor! I remember the time your father took me to Denny’s [semic—Denny’s is a fast casual restaurant associated with wealth and whiteness, the non-reservation], and I had the Grand Slam Breakfast [semic—baseball, the specific context of Denny’s, wealth, excess of food]. Two eggs, two pancakes, a glass of milk, and of course my favorite, the bacon. [This is primarily proairetic. The text enunciates discrete events that formulate a coherent narrative.]  Some days, it’s a good day to die. And some days, it’s a good day to have breakfast.

While Thomas Builds-the-Fire’s aphorism suggests excessive meaning—too many readings to count—the words themselves articulate the terminal meaning. The wisdom of the aphorism lies in its literalness. Unlike the maskings and irregular geometries of the reservation narrative, Thomas Builds-the-Fire’s stories cut to a universalizing truth. Where such a truth emerges from the film, words glisten like a peach pit plucked from free-stone flesh. The kernel of meaning constitutes the words themselves. I learned a lesson from thinking about Smoke Signals: do not overread. I learned a lesson from Thomas Builds-the-Fire: eat breakfast when you should eat breakfast, die when you should die.

4 Yukon Gold potatoes, grated (squeeze the moisture from the potatoes for crispier hash)

salt and pepper, to taste

Heat 2 tbsp butter in a giant cast iron pan. Spread the potatoes in a thin layer. Cook over high heat until crispy and browned on one side. Add the lamb, salt, and pepper. Flip all the ingredients, vigorously mix in the pan using a spatula, and then cook until the lamb is warmed through. Cover two plates with the mixed greens. Divide the hash between the two plates, gently positioning it atop the lettuces and herbs. Heat another 2 tbsp butter in the pan. Fry two eggs. Carefully place one egg on top of each plate before serving. 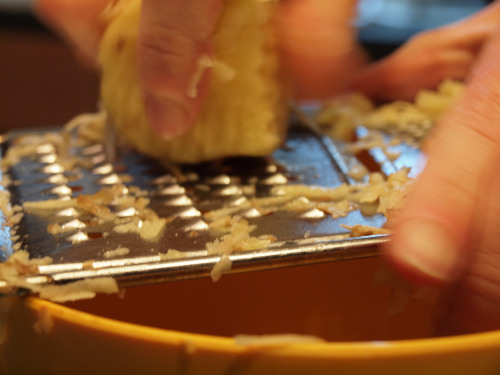 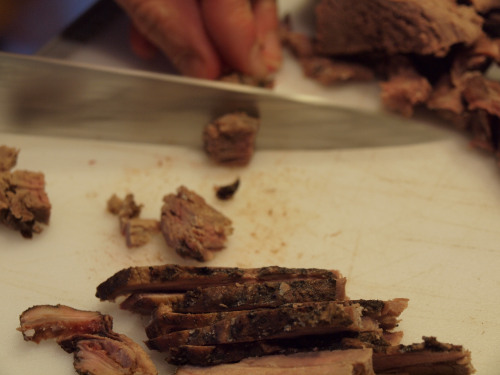 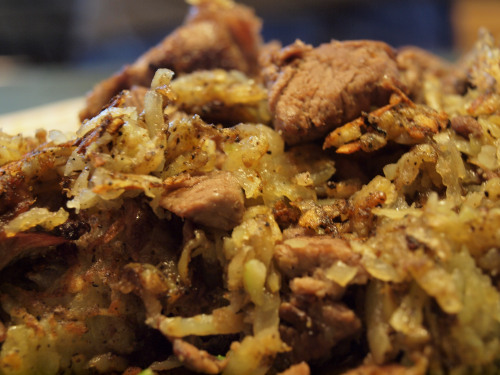 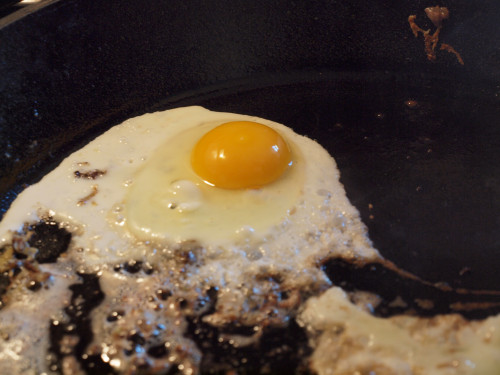 The Charismatic ChefIn "Theory and Criticism"

An Epiphany Per SeIn "Columbia University"

One response to “Lamb Hash”