We live and die in a batch of pie dough.

For years, Theresa H., one of my mom’s best friends, provided my family with the best blackberry pies. Overflowing with gem-like fruit, these pies were like playing in thick honeysuckle bushes on a summer day: fragrant beyond the bounds of expectation or propriety. Individually deep ruby, the berries formed a purple-ebony mass stuffed into a tanned crust.

Only clichéd adjectives serve to describe that crust: flaky, buttery, unprocessed to perfection. Intuitively, I knew that Theresa’s blackberry pie required a summation of simplicity. But I remained content, at least until recently, to live in ignorance of those quiet facts, those ratios of water, flour, and fat. When she offered to show me how such a pie came together, how could I refuse? 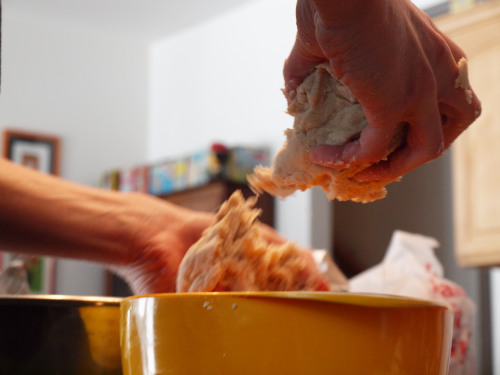 In the interest of needless mystery, I refuse to publish Theresa’s pie recipe. The secret formula seems absurdly, ruggedly stripped of excess. Yet, the magic of spectacular food develops not in the specifics of a recipe; numbers, categories, and quantifications provide an outline for deliciousness, but a recipe’s hidden aesthetic emerges in the oral histories and narratives underlying the procedure. Stories generate the liminal spaces surrounding food, adding texture and shadow to rigidly constrained systems of production. 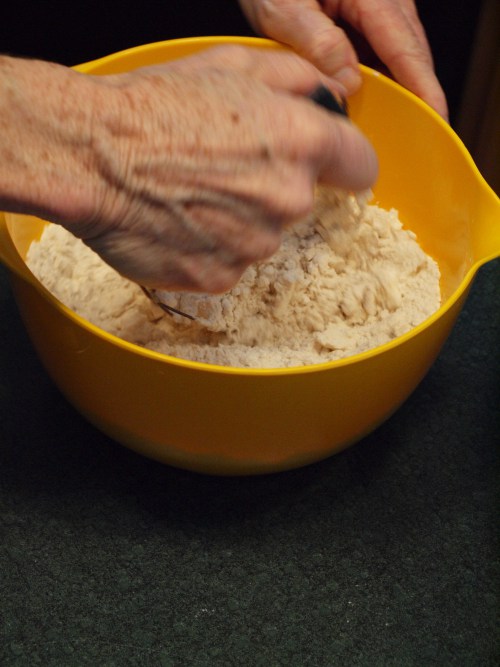 Theresa told me that her mother always marked wheat stalk patterns in the dough for vent holes and used lard instead of shortening for the crust. With the extra dough, she’d bake cinnamon and sugar cookies, scraps really, little sweet shards that the kids gobbled up as a prelude to the next meal. Now, she baked her mother’s pies, even though, she confided, they never tasted quite the same.

We might not literally live and die in a batch of pie dough, but our memories and narratives exist in the recipes we carry from one generation to another. Via home cooking, a form of immortality emerges wherein an individual remains preserved in the recipe’s text and the ritual of invoking that text. Much as an author, artist, or craftsman gains a certain immortality in finished work, a home cook leaves an imprint in the food he creates.

Unlike a static artwork, however, home recipes and home cooking function as ongoing processes that involve each subsequent generation. Mother to daughter, from parent to progeny, the individual members of the family collective impact and transform a recipe, adding new stories and traditions. Thus, homecooked immortality constitutes a form of evolving memory that records narrative in a wholly plastic medium. Like pie dough. 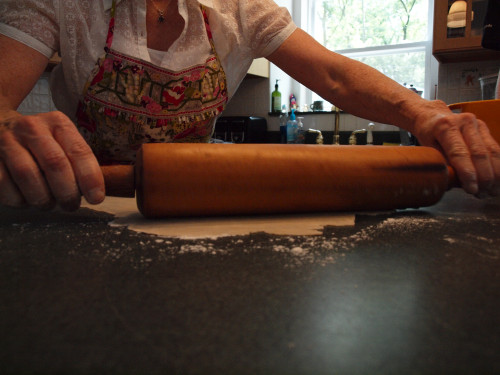 One response to “Homecooked Immortality (Part 1)”